Best Movies to Watch While Tripping

Watching a movie while high can change your life. Sometimes for the good, and sometimes for the bad. Watching the horror movie Shrooms, for example, is likely to haunt you forever. But others can make for a magical experience.

If you are thinking of watching a movie while high on psilocybin, then the following ten options are some of the best. Of course, everybody enjoys something different; while some prefer an intense, thought-provoking movie, others prefer something light-hearted with lots of colors. To ensure you have the best trip possible, pick a movie based on the set and setting you desire.

Tim Burton’s imagining of the Lewis Carroll classic is consistently featured on lists of the best movies to watch while high. The 2010 version centers on a 19-year-old Alice, who returns through the looking glass to the trippy Underland below.

Watching this movie on shrooms, you might actually feel like you’re falling down the rabbit hole yourself.

With a hookah-smoking caterpillar, a grinning Cheshire cat, and the Mad Hatter, this movie is chock full of references to intoxicating substances. In fact, to get into this magical world, Alice must drink a peculiar bottle labeled ‘DRINK ME.’ Being high on shrooms only makes it easier to go along with Alice on her journey.

Watch this if you want to: feel whimsical and experience an insane trip; but be warned, some of it might be scary when you’re high

Jeff Bridges plays Jeff “The Dude” Lebowski in this cult classic. His character is mistaken for a millionaire by the same name and is forced to pay back a debt he does not owe. The film is renowned for its eccentric characters and odd dialogue, eclectic soundtrack, and mesmerizing dream sequences.

Some of the scenes are pretty trippy, including the famous scene where The Dude floats down a bowling alley and through the legs of Rockettes waiting at the end; this scene alone lasts a time-stretching thirty seconds.

The Big Lebowski is not one of the most common recommendations to watch while tripping, but we think this Coen Brothers hit is a must-try.

Watch this if you want to: experience a cult classic in a way you’ve never done before

There are few scenes in the world quite as trippy as Pink Elephants on Parade. In the film, the titular character, Dumbo, is drunk on champagne. However, the entire thing is insanely hallucinogenic and will only be assisted with magic mushrooms. 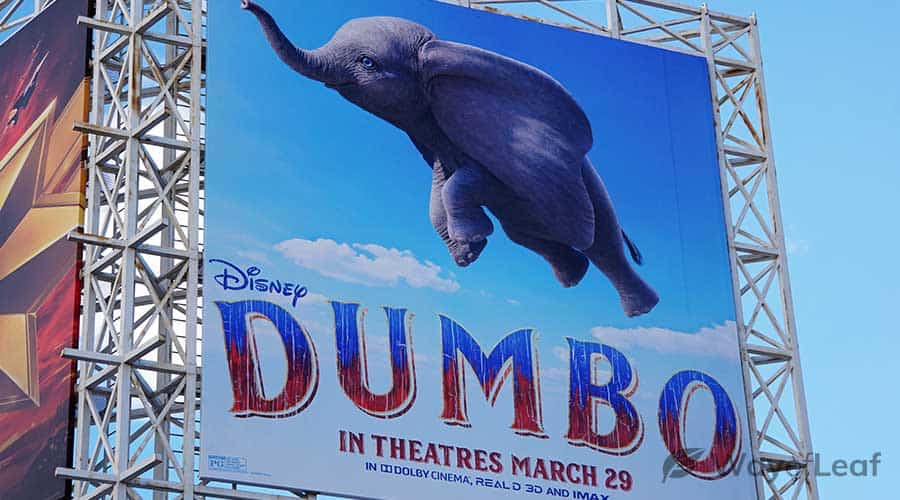 This heartwarming tale tells the story of a young elephant ridiculed for his oversized ears. With the help of a mouse, he reaches his full potential in the circus. It’s emotional, so be prepared to shed a few tears in your enlightened state. Once you get past the sad parts, though, the classic 1940s animation is sure to have your eyes glued to the screen.

Watch this if you want to: Cry a little bit, but feel fuzzy and tingly at the end

Disney released the first Fantasia in 1940, but its remake came out sixty years later. This animated tale combines mesmerizing, floaty animation style with classical music to take you on a mind-bending journey.

The 2000 edition also features celebrity cameos from the likes of Steve Martin and Quincy Jones, making it a film to remember and cementing its place in the animation hall of fame. There are eight parts to this tremendous viewing experience, and it’s certain to delight both your eyes and ears.

It’s one hour and fifteen minutes long, so expect to be enchanted and unable to move for a whole seventy-five minutes.

Watch this if you want to: blow your mind with visual and audio sequences that are stunningly beautiful

Samsara is another film that appears frequently on lists of what to watch while high. It’s a visual marvel, filmed entirely on 70mm film. The movie takes you on a nonverbal guided meditation that lasts one hour and forty-two minutes, exploring sacred images from various parts of the world.

Related article
What Is a Mushroom Trip Like, and How Long Does It Last?

Know what to expect…

Directed by Ron Fricke, this wonderful film took nearly five years to shoot, spanning twenty-five different countries. It is truly a masterpiece, and the perfect piece of art to space out to while you trip.

Although, some prior warning may be needed: some of the scenes depict things that may be distressing, such as animal cruelty and sexual commodification. If you’re likely to have a bad trip, you might need to avoid this.

Watch this if you want to: experience the world in all its glory and unlock parts of your brain you didn’t know existed

Are you even tripping if you haven’t watched Labyrinth?

Labyrinth is another cult classic that probably owes much of its fame to David Bowie’s starring role.

In the movie, 16-year-old Sarah has thirteen hours to save her baby brother, who lies in the clutches of the Goblin King (Bowie). There will be music, there will be trippy visual sequences, and there will be puppets. This is definitely a film best avoided if you have a fear of talking puppets.

Be prepared to go on a real journey with this one.

Watch this if you want to: sing along and try to solve riddles (warning: your head might explode trying to work out which door is the right one)

Headed by the legendary Hayao Miyazaki, Studio Ghibli is renowned for its absolutely stunning animation style. Ghibli films focus on nature and breathtaking scenery, creating magical worlds that almost make you feel like you’re there. Watching any Studio Ghibli film will have you booking flights to Japan mid-trip.

With uplifting musical scores and wonderful imaginary creatures, Studio Ghibli films are the only acceptable choice for feel-good films to watch while tripping.

While all options are great, the dust bunnies make My Neighbor Totoro a great option, while Spirited Away will take you on a truly trippy journey through the spirit world. It’s usually better to experience Studio Ghibli films in their native Japanese, but when you’re tripping, we will forgive you for watching the dubbed versions.

Watch this if you want to: feel warm and fuzzy inside and experience the most beautiful animation you’ve ever seen

Spiderman: Into the Spiderverse really changed Marvel’s typical movie style. The animated feature was a huge success, in part due to the diverse cast that depicts Spiderman as a mixed-race youth from Brooklyn who finds out he has secret spidey powers. The journey follows Miles Morales as he learns that he’s not the only Spiderman in town. 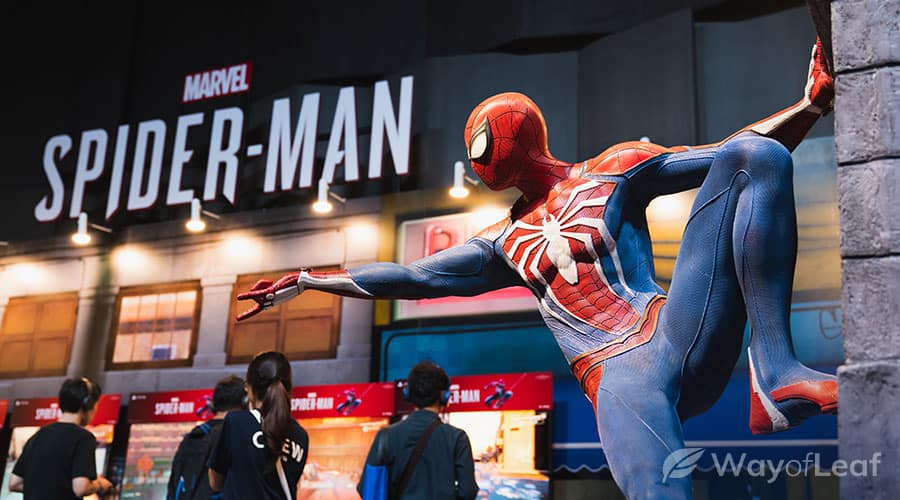 Coupled with a fresh hip-hop soundtrack and tons of loveable characters and quotable moments, Into the Spiderverse was an instant hit. But what makes it perfect for tripping is undoubtedly the animation style. This film uses a style that copies comic books: bright and loud with dynamic linework that shifts as you watch it.

This movie is a must-watch sober, but it’s also a magical experience with mushrooms. Be careful, though, and don’t go thinking that you too can shoot webs from your hands.

Watch this if you want to: feel enchanted by animation and unlock the hidden powers within yourself

John, Paul, George, and Ringo accompany Captain Fred in his yellow submarine to travel to Pepperland in this animated flick. Their mission? To free the land from the Blue Meanies, a group of music haters.

This movie blends colorful, retro graphics with an incredibly silly plotline that will literally never make sense. There’s no sense in trying to understand it – just enjoy the moment.

Watch this if you want to: see The Beatles as you’ve never seen them before, but don’t expect to understand anything that’s going on

The tenth on this list just had to be a psychedelic classic. Based on Hunter S. Thompson’s 1971 novel, this film follows mad journalist Raoul Duke (Johnny Depp) and his psychopathic lawyer (Benicio Del Toro) to Las Vegas. The two embark on a psychedelic-fuelled bender that features ether and sunshine acid.

Although whacky, Fear & Loathing may provoke some deep thoughts about the meaning of life.

While the two main characters experience insanely mind-altering experiences, it’s a great idea for you, too, to enjoy a pleasant trip. Although whacky, Fear & Loathing may provoke some deep thoughts about the meaning of life and existence on this planet.

Watch this if you want to: search for the American Dream while high on some very potent drugs

Technically, Planet Earth is not a movie but a documentary series. However, both the original and the sequel rest on stunning shots of Planet Earth in all its glory. Although probably not anticipated by the BBC, Planet Earth has become a go-to for stoners and mushroom-takers across the planet. When you consume mind-bending substances, those aerial shots of oceans and deserts and jungles become just that much more breathtaking.

Narrated by the soothing voice of David Attenborough, Planet Earth will keep you entertained for hours on end with touching stories about the endurance of life and earth. Be warned, though, you might shed a few tears at times.

Watch this if you want to: see every wonderful corner of the world and look at some extremely adorable animals

Movies to Learn More About Shrooms

Whether tripping or sober, sometimes you may wish to learn more about magic mushrooms and psilocybin. Luckily, recent interest in psychedelic substances has led to the creation of several informative films on the subject.

Some of the best include the following.

Fantastic Fungi (2019): Narrated by Brie Larson, this time-lapse documentary explains everything you need to know about mushrooms. It features striking visuals and a ton of helpful information from experts on the subject. It will change the way you think about the natural world.

Magic Medicine (2018): Monty Wates’ film follows the first-ever clinical psilocybin trial in the UK for patients with depression. It’s probably not one to watch while high since the topic can be distressing and thought-provoking. However, it’s a very insightful film that asks what would happen if mental health patients were given access to psychedelic substances. The answer might surprise you.

Have a Good Trip (2020): Netflix’s own addition to this list is Have a Good Trip, a documentation of the experiences of taking psychedelics. The film, featuring cameos from A$AP Rocky and Sting, also explores psychedelics’ contribution to culture. It features real-life footage coupled with dazzling illustrations to explain all you need to know about tripping.

The cinematic world is filled with sensational movies that are perfect for watching while tripping. There are quite literally endless possibilities for films to enjoy while high.

Our list features ten of the greatest suggestions, including animated feature films, cult classics, documentaries, and even a movie about puppets. Did we miss any essentials? Let us know your favorites in the comments below.

As always, make sure you use psychedelic substances responsibly. Make sure you control the set and setting well enough to ensure that your trip is a good one, and always stick to your limits.

The post Best Movies to Watch While Tripping appeared first on WayofLeaf.